‘Train up a child in the way he should go, and when he is old he will not depart from it.’

We seek to nurture the infinite worth of every unique individual through love, respect and forgiveness, fostering an enduring passion for learning and an ability to live life in all its fullness. Our inclusive school community aims to enable our students to fulfil their true potential, developing people who make a positive impact on the world.
Click here to visit our Assembly and Worship page.
Click here to listen to Bible Storytime with Rev Kane and Mrs Kirby of St Mary's Church Weldon
The Church of St Mary the Virgin, Weldon 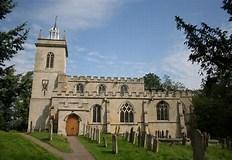 The beautiful Church of St Mary the Virgin is built of local Weldon stone and stands proud looking over Church Street.

A cupola crowns the tower. This was lit with candles when the village was surrounded by the Rockingham Forest and used as a land lighthouse to guide travellers many years ago. Now, however, it is lit by electricity and can be seen from all over the village.

The church has many stained glass windows. One of which is a memorial window to the 401st Bombardment Group of the United Stated Air Force, made by Pope & Parr in 1944. This was removed from the chapel at Deenethorpe airbase and installed here at the end of the war. 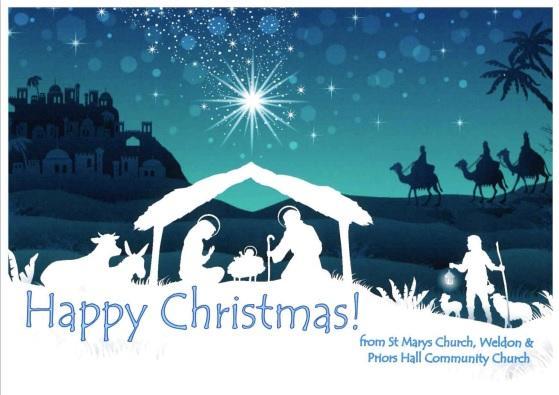 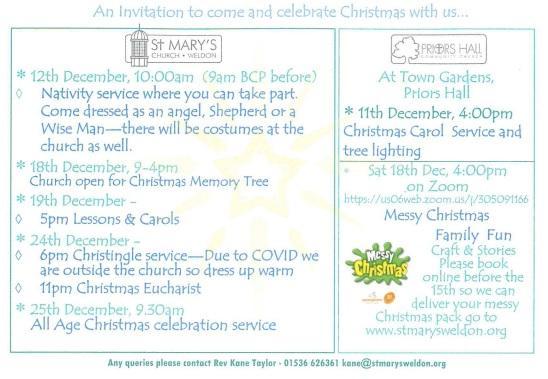 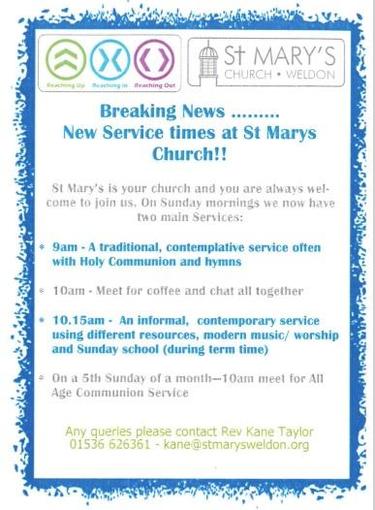